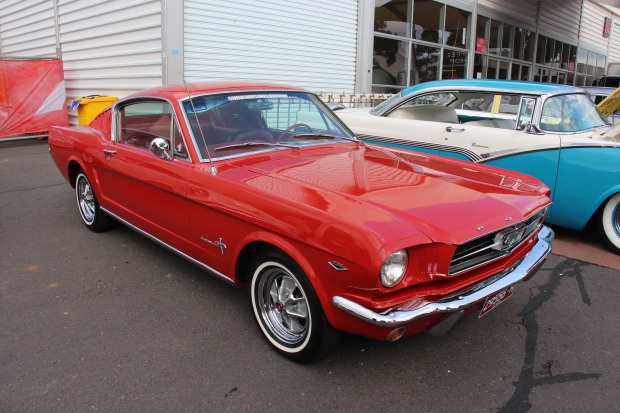 In the back of every red-blooded American’s mind is a dream to take a classic car from America’s golden days, restore it, and hit the open road. Very few actually undertake this project, because restoring a classic car to its former glory is an involved process. You have to disassemble the car, all the way to the frame, and rebuild it from the ground up, replacing worn out and broken parts with new parts, and making sure all parts fit properly together.

To me, the most exciting part of restoring a classic would be the finishing paint and chrome. At that point, the final product takes shape, and that newly restored car sits in its full glory in your garage. However, if that car doesn’t run, it’s no fun. Worse, it has little value. So, the true car enthusiast will begin his restoration project by restoring the mechanical components of the car. After all of that is complete, then comes the body and paint.

If the one doing the restoration is successful, he will roll out of his garage in a car that has been restored to its former glory. That awesome moment comes only after the car has been rebuilt from the inside out.

This process is time consuming and intense to perform on a car. It’s even more intense to perform on one’s life. All too often, we get to a point in our lives where we see the need to rebuild, to start over. We look for redemption in our lives, but we don’t think about Spiritual redemption. We merely want to fix our current physical situation, whether we’ve wrecked our careers or marriage, or whether we’ve lost everything to drugs and alcohol.

The fact is, if we only try to fix the problems in our lives, our restoration will be just as shallow as putting a coat of paint on a car with no engine. We have to get to the root of the problem, and that’s our Spirituality.

In Luke 24:13-27, we meet two disciples who were disenchanted after the death of Christ. They had believed that Christ would come in and restore the Kingdom of Israel. However, when Christ died on the cross, and rose again, it appeared that the restoration of the Kingdom would never happen. So, these two disciples, disillusioned and disappointed, left town.

The mistake these two disciples made was desiring a surface-level restoration of the Kingdom while overlooking the deep restoration that would come through redemption and salvation.

However, Christ met these two disciples along the road, and began to preach to them all things concerning Himself in the scriptures. The plan wasn’t thwarted. The plan was carried out beautifully. Christ paid for the sins of man so that man could dwell with Christ eternally in that restored Kingdom. The most important thing Christ had done for them, and us, was paying for their sin, thus giving them eternal life. Once that issue was settled, then the Kingdom on earth could be addressed.

You may be struggling right now. Perhaps your life has fallen apart. Perhaps you’ve seen destruction in your life. Perhaps you’ve lost everything. Or, perhaps your setback is relatively minor. If you simply try to solve your own problem, and restore your own life, any progress you make will be temporary and superficial.

However, if you repent and trust the Lord, He will rebuild you from the inside out. He will turn your sorrow into joy and form you into the person He intended on you being. That restoration runs deep, and is eternal. The question is, will you trust Him?