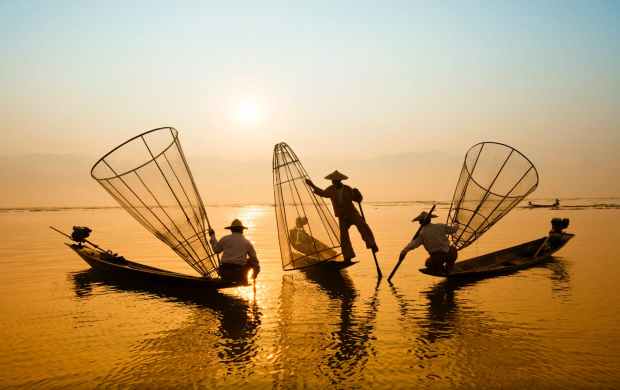 When Jesus told His disciples, “Come after me, and I will make you fishers of men,” we often misinterpret what He said. Having grown up in the United States, where the most common form of fishing is recreational, and is accomplished with a rod and reel, we often think of fishing as a recreational activity meant to be enjoyed in a relaxing manner. Such an activity can easily be enjoyed alone, and in some cases, it’s easier to enjoy the serenity of God’s creation when fishing alone.

However, as previously mentioned, fishing for the disciples of Christ was not a recreational activity accomplished with a rod and reel. It was a commercial enterprise undertaken for mere survival that was accomplished by casting a net. One thing we did not specifically address in the above-linked post is how the net was cast, and how it was drawn from the water.

In order to successfully fish with the types of nets the disciples used, you had to have a team (which is one reason you didn’t see the disciples by themselves when Jesus called them to be fishers of men. They were working as teams.) Often, these disciples utilized two boats to draw the net from the water. It took a lot of hands to fish with those nets, but the harvests could be great. With the help of Christ, they were on more than one occasion.

A fisherman who chose to fish alone would not only have a hard time properly casting the net, but properly drawing the net with a sufficient catch would prove nearly impossible.

The Spiritual application to this fact is that, as Christians, we will never be as strong in isolation as we will be when gathered with our brothers and sisters in Christ. The fundamental truth of fishing, whether commercially in Jesus’ day, or Spiritually in our day, is that it is a team effort. The Christian who chooses to isolate himself from his brothers and sisters in Christ has chosen a life that will prove frustrating and discouraging.

Therefore, let’s heed the Biblical command in Hebrews 10:25, which tells us not to forsake the assembling of ourselves together, and let us come together to encourage, pray and lift up each other. Then, let’s minister for the Lord together.