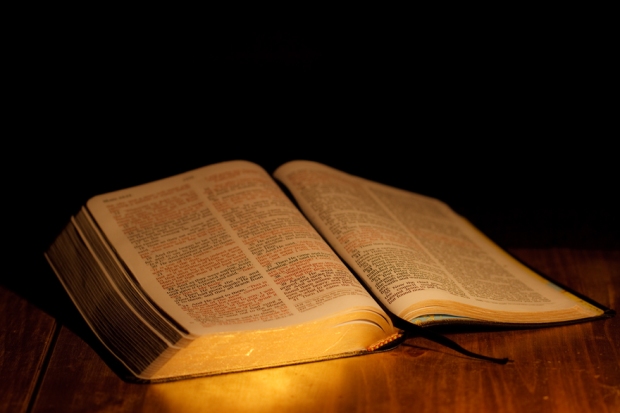 And he said unto them, Ye know how that it is an unlawful thing for a man that is a Jew to keep company, or come unto one of another nation; but God hath shewed me that I should not call any man common or unclean.

Thomas Ryman was no good.

The owner of several saloons and riverboats, he made a living off of others’ sin. He built a financial empire selling liquor, gambling and sin. However, 1885 saw a Spiritual revival break out across the South, and the mass conversion of Southern sinners to Christianity put a dent into Ryman’s business.

So when the man spearheading the revival, Evangelist Samuel Porter Jones, came to Nashville to preach, Ryman decided to attend the revival. Ryman’s plan was simple. Preserve saloon business by disrupting the revival, stopping Jones from preaching.

Ryman’s plan of disrupt, interrupt and corrupt beautifully backfired. Instead of stopping the revival, Ryman wound up converting to Christianity.

So moved by the preaching of Jones, Ryman decided to build a church, a tabernacle, so that all of Nashville could hear Jones preach. The structure, located on 5th Avenue North, would be called the Union Gospel Tabernacle.

Jones went on to hold several revivals in that building, and church services were held every Sunday. Of all the memorable sermons preached at the Union Gospel Tabernacle, none were so pivotal as the one Jones preached on December 23, 1904, as he eulogized Ryman, a man saved under his preaching who invested the equivalent of $2.7 million in today’s currency to build the place where so many would hear the Gospel.

At that funeral, Jones recommended that the Union Gospel Tabernacle be renamed to honor his most benevolent convert, thus the tabernacle was renamed the “Ryman Auditorium.” Yes, that Ryman Auditorium, known across the South as the “Mother Church of Country Music,” home of the Grand Ole Opry, a thrice-weekly country music radio performance broadcast live on WSM 650 AM which ends every performance with a Gospel song.

The Ryman Auditorium, the “Mother Church of Country Music,” was actually a church at one time, hence the stained-glass windows and the wooden pews. The church closed in 1935, but not before thousands heard the Gospel and thousands were saved, all because God allowed one sinner to amass a fortune, before reaching him with the Gospel so that he would use that fortune to reach thousands more for Christ.

Those who knew Ryman before his conversion would probably say, “he ain’t no good,” and understandably so. Prior to his conversion, Ryman was so committed to profiting off of sin that he endeavored to stop the preaching of the Gospel to stay in business.

You never know what God has planned for others, therefore the Bible tells us not to judge.

In Acts 10, Peter was praying on the rooftop patio of Simon the Tanner when he received a vision of a sheet being lowered from heaven containing every animal that the Jews considered unclean to eat (pigs, catfish, crawdads, lobster, etc). An angel then told Peter, “Rise, kill and eat,” to which Peter said, “Not so, Lord, for I have never eaten anything that is common or unclean.”

The angel then responded, “What God hath cleansed, that call not thou common.”

Later, Peter tells Cornelius that God taught him never to call any man common or unclean. The lesson Peter learned is that while the man before us may live a sinful life, it may very well be that God will soon reach him with the Gospel. And if God knows the man will receive Christ as his Savior, he’s as good as saved already.

In fact, it may be, as in the case of Peter, that God is calling us to reach that man.

So with this in mind, let’s remember a few things. (1) Do not disdain the lost around you. Love them and share the Lord with them. You may see them be converted and go on to do great things for God. (2) Following the example of Thomas Ryman, let’s glorify God by doing what we can to make sure that others hear the preaching of the Gospel. (3) Don’t give up on that wayward loved one who so far has refused to repent. If God can reach a man like Ryman, He can reach anyone.

Praise God for redeeming us and those around us to a lively hope. May God bless you today.